Having been established for more than 100 years, GRBC is a landmark and local favorite for craft beer and food lovers alike. GRBC offers a unique opportunity for senior employees to develop their own ideas of what they want to see on the tap list. They call these wonderful creations “Staff Concept Beers.”

Just in time for the July heat wave, GRBC whipped up another staff concept beer and this time they’ve really outdone themselves. GRBC Head Brewer Jake Brenner teamed up with Best of the West – “Best Bartender” nominee Chela Wallin to create Sleeping With Chela, a Rye Blonde that drinks like tea, tastes like a mule and refreshes like a beer.

Wallin, a seasoned bartender who spent the last few years at GRBC, recently found herself moving out of town to continue her path of acquiring her PHD and researching behavioral neuroscience. Upon her departure, Wallin wanted to leave her mark on GRBC by brewing her first staff concept beer. 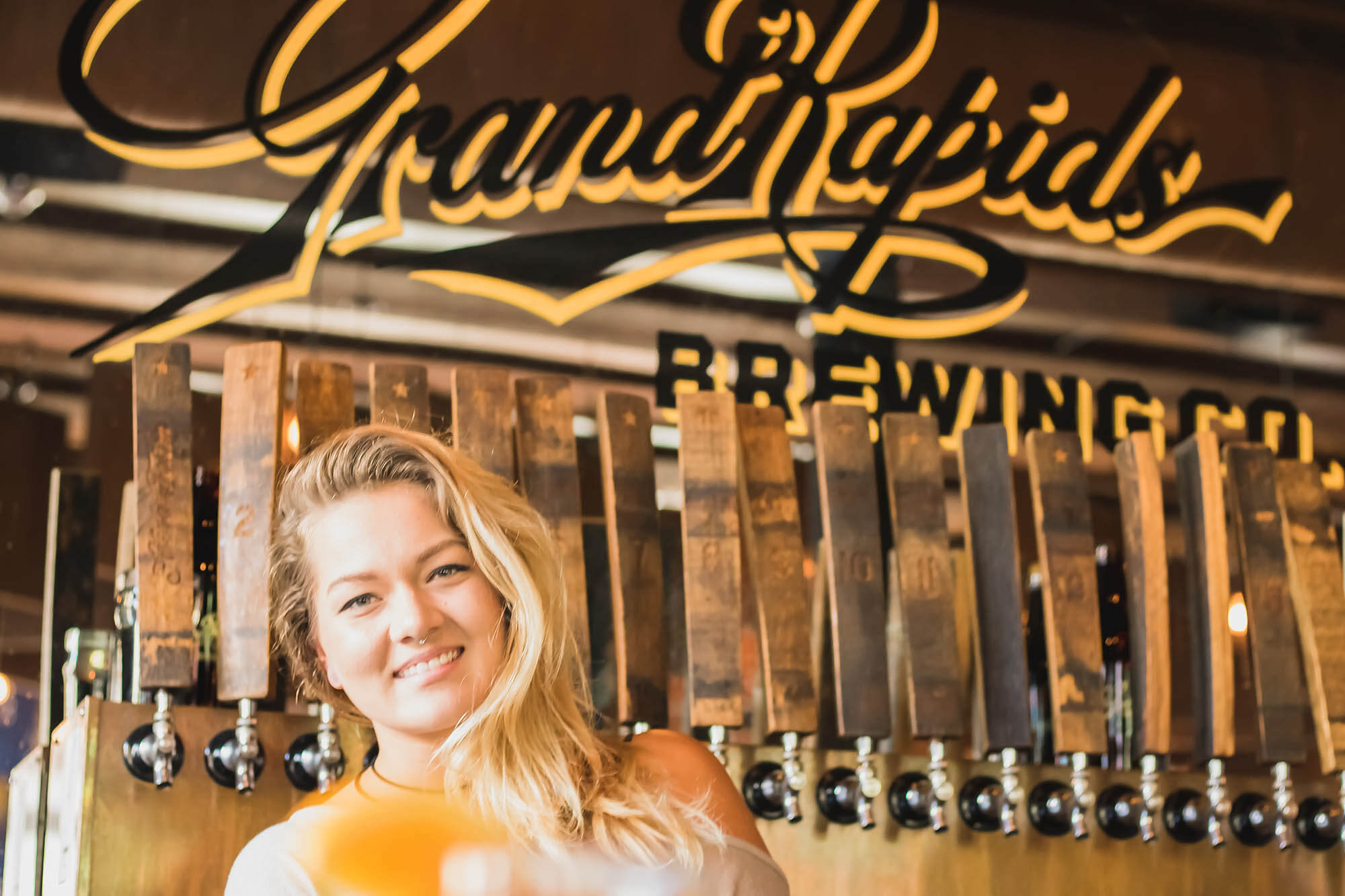 Alas, Sleeping With Chela was born.

“I’m a spirit drinker at heart,” Wallin says. “So I wanted to do a beer that enlisted the things I like in drinks. We didn’t have time to do a bourbon-aged one, that’s what I truly wanted. So instead I went with a mule.”

Wallin wanted to create to a ginger/mint concept while sticking to her preference of green tea accents. She worked with Brenner to brainstorm ideas on how to bring together all of the flavors and ingredients Wallin had hoped to include in her concept. Brenner then mentioned he had a vast garden with ingredients that would work great for the special brew. Wallin and Brenner wanted to use local ingredients in the concept — just as GRBC tries to instill a farm-to-table concept in many of their beer and food options. 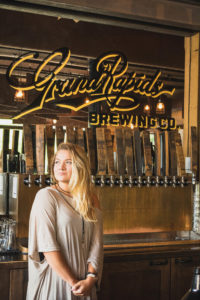 Brenner had a lot of chamomile in his garden so together they wanted to keep the tea idea as it plays very well with the ginger. The two used ginger ingredients to give it the mule flavor, the chamomile ingredient to give it the tea flavor, and decided to add lavender to bring the flavors all together. “Lavender-infused anything is my favorite thing of the year,” Wallin says.

The two decided to do a rye blonde because they wanted their beer to have a hint of spice. The duo created a “very complicated, lavender, ginger, chamomile, rye blonde.”

Wallin came in on a brew day in mid-July and joined Brenner in mashing and fermenting the grain. They took big mesh bags full of chamomile and lavender flowers, stirred them around and let them sit. From there, they added the ginger extract and anxiously awaited the first taste of their new staff concept beer.

The results were amazing.

This example of cross utilization of employees shows the fun and exciting environment GRBC has created for its staff. When asked what sets apart GRBC from other breweries, Wallin said, “Definitely our age. (GRBC has) been here forever and has been a staple of Grand Rapids. We were in the calm before the storm and I think that sort of identity is why people keep returning.”

Be sure to get down to GRBC and try Sleeping With Chela. This exceptional rye blonde won’t last long as there is a limited supply of this seasonal staff concept brew. Although Wallin is no longer at GRBC, her legacy lives on through her memorable bartending career, and her unique rye blonde, Sleeping With Chela.